Stories, and what they mean to us 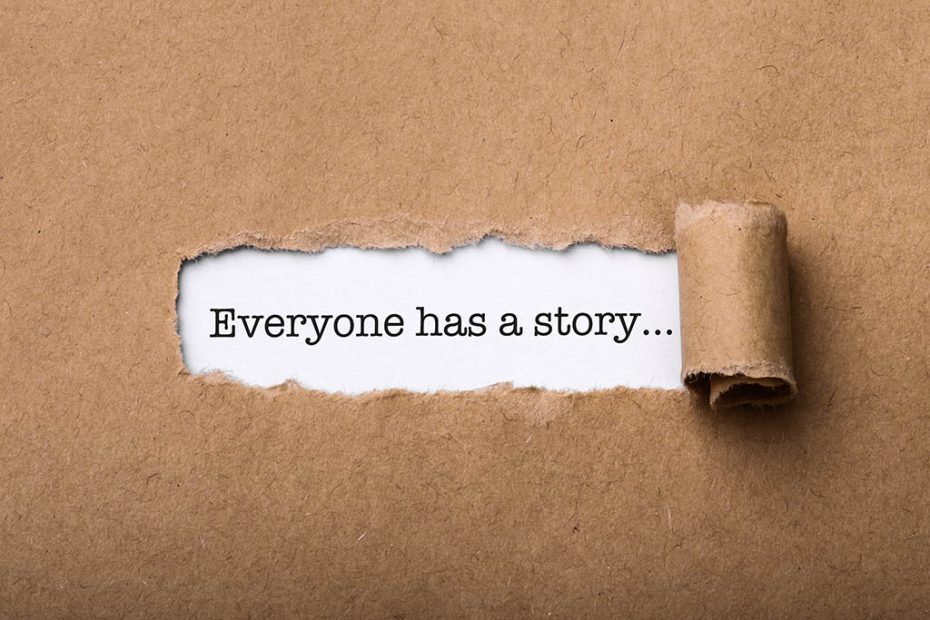 Let me tell you a little story.  When I was 23 I was a recent graduate from university, and I was sitting at home in Australia in front of my mother’s television, watching sport.  I was a little burnt out.  Partly that was from having just finished university, but mostly it was from my job search.  It wasn’t as easy as I had anticipated, and at that point, and for a couple of days before that, it was easier to watch cricket than it was to put myself out there and find an actual job.  My mother, being the good parent that she is, became increasingly frustrated by this and one day interrupted my leisure time, newspaper in hand, with a job circled in the employment section – this being July 2000 jobs were mostly found in this way – “Teach English in Japan”.

It wasn’t even slightly what I was looking for, but it sounded fun and therefore it sounded good.  I mumbled my assent and withdrew to my computer to write an application.  Things started to happen pretty quickly after that.  Within days I had been invited to an interview, within a week I had a job offer, and within two weeks I was standing, alone and a little lost, on a street corner in Shinjuku looking for the offices of my new employer.  That employer, incidentally, was eventually forced into closure many years after I had left in a scandal that rocked Japan (at least rocked those who bothered to follow it), but I digress.  The point is that I was standing both on a corner of a street, and at a corner in my life.  If those two weeks felt like I had climbed to the summit of momentous change I was wrong.  My life would now continue to change in ways I would have thought unimaginable when I was sitting on my sofa just a fortnight back.

To cut an already long story short, I will push on a bit faster over the next few years.  That’s not easy, as the next few years saw me live in and travel all around Japan, take the train (and admittedly one ferry, and one bus) from Tokyo to London via China, Mongolia, Russia and a dozen-or-so countries in Western Europe, and then re-establish my life in the UK, where I have stayed ever since.  Aside from the odd trip to see family and friends, I never returned to Australia.  Is my mother happy, with the benefit of hindsight, that by bringing that newspaper into our living room 22 years ago she essentially sent me away never to return?  Probably not.  Am I happy?  Absolutely.  That turning point in July of 2000 has given me a lifetime of rich experience, and a volume of stories to tell.  And it is these stories, and learning how to tell them, that have served me best in my life until now.

The importance of stories

What is it about stories that helps us get what we want?  At the most fundamental, human level, they allow us to connect.  One of the things that I find most fascinating about humans is our willingness to waste precious energy in talking to each other, often about mundane, unnecessary topics.  Other animals communicate, but almost none have any form of organised language, and communication is by necessity.  Humans, on the other hand, will talk about experience.

Part of this difference is through design.  We are built differently and have the ability to pass air over our vocal chords.  This has given us speech and communication but also, incidentally, the distinction of being the only animals that can choke to death. But that’s another story.  The point is that we have the ability to create a vast array of different sounds and we have used that to communicate with each other.  Step forward something like 3 million years, and you have what has made us a truly dominant species on Earth; an ability to be social.  That ability to socialise gave rise to societies and the drive to pool and organise resources to achieve what an individual couldn’t achieve alone.

So an ability to communicate brings benefit to the group.  Now here’s the thing.  The group recognises this – at least subconsciously – and has spent several million years putting a system in place where those who are able to communicate a vision are those who are put in positions of authority to ensure that that vision is executed.  And we all do this every day.  As humans we are able to pull off amazing feats of multi-tasking when engaged in conversation.  We are able to assess mood based on tone of voice and facial expression.  We infer passion or urgency based on the speed, or cadence, of speech.  We listen to the words coming out of a person’s mouth, and judge them, committing some to memory, using some for context, and allowing others to be forgotten, almost instantly.  We do all of this whilst simultaneously producing concepts and thoughts in our heads to be returned, as part of the conversation.  And we put everything we are hearing and observing into one big basket where we assess the individual we are talking with and make judgements about their worth as human beings.  And, fundamentally, that judgement is based almost entirely on what they are saying and how they are saying it.

That probably sounds pretty irrational, but we are not rational beings.  If you haven’t yet, I urge you to read some of what Dan Ariely has written to give you a sense of just how irrational we are.  Perhaps most significant in this is our inclination to have more positive feelings about someone who tells a good (or, just as importantly, funny) story than someone who is a very safe pair of hands, but who also happens to be quiet.  But perhaps that isn’t irrational after all.  What’s really happening is that as a society we are rewarding the safe pair of hands with work that they excel in, and enjoy, and often reward the best storytellers with positions of leadership and authority.  And this is because they have demonstrated an ability to connect.

Your story, your MBA

So what does this all have to do with getting an MBA?  Quite a lot, actually.  Whilst test scores are indisputably important, I can confirm that after 13 years of chairing Admissions Committees, the ones who sailed straight onto our programs were the ones who made us feel good.  It wasn’t their GMAT score which made us feel good, it was their stories.  Like everyone in every society, an Admissions Committee is judging people.  We naturally judge people, first and foremost, on their ability to communicate.  In an MBA classroom that is more important than ever.

So let me take you back to my living room in Australia.  It is July 2000, and Australia is probably winning the cricket.  I made a choice that day, and it had an extraordinary impact on the course of my life.  If you are considering applying to do an MBA you are facing a similar choice.  Not so much whether to do one (do it, they are incredible), but where and when to do it, and how to apply.  Fundamentally, the success of that application comes down to getting your story straight.  Get it right, and you get your choice of schools.  You are all standing on a street corner in Tokyo now.  With a little thought and planning, you won’t get lost there.